Posted by Harmony Holiday at 1:11 AM

Some Similar Things were Happening/Invent Number 1

In short he was a witch who could make wishes come true. I had a wish.

It is subtle but savage,

Because of how fear and superstition combine with greed I can say...dim the lights, and the men will cover their wallets with their pendulums of ice, which are diamond-low-down

But using the word magic is the least magical thing, 'round them use the word north, or the desire left after a wish is fulfilled, to have the wish back alongside its fear its greed, its superstition was nothing, certain rules following the mind toward the heart... Surpluses, calling themselves journey agents, gentlemen on the base, prefixes, gentlemen I wait for with my legs crossed

in a whispering type of hurt/hurdle, timed between switching knees. The wind that hurries up you like a bruise you discover before its cause and rests 'til you teach it words, something the minister said, a joke about marching too far but not close enough, to what I can't remember besides

each other
Posted by Harmony Holiday at 3:33 AM

Posted by Harmony Holiday at 5:26 PM

Neither black nor white, a pale golden rum colored (not that it mattered) Aristocrat. The stuff Richard Prior used to set himself on fire and ripple– Modern object tossing the might could into a rural nightmare and coming out with seeds and the manners to share them, crop them, knock them into the ground like hens or bounty. I think we are beautiful children, including the silver blue hidden gardens in charge of our personal windows. Most people. Are ashamed of their fascination, is all. I don't blame them for how loud and shapeless the privacy gets before it ruptures and turns a race.
Posted by Harmony Holiday at 4:13 AM

Labels: Liner Notes for the Millennium

Not that I have felt sorrow without reason
Joy is sorrow unmasked
Not that I have felt joy without reason
It's as if people came to Manhattan and acted like it was full of trees and grass instead of concrete and tall
buildings
Lull percussion heroes situated at the discotech shaking out your horoscope on some sometimes I feel like a
taurus, toward the arena of life
Brave enough for anything but silence, with all of its discrete momentum behind me like a gentle hunter fending my heart with languages I do not learn, but know


Posted by Harmony Holiday at 1:07 AM

Mine Astronaut: sequence diagram of a displaced impulse

There is a tone parallel to the cosmos, to the diamonds rocketed in the low. A libido suspended in struggle, not necessarily violence, or necessarily suffering, or necessarily so, but does my distress arouse you? There is something trite about restraint if so, the same thing that is trite about power. You are, in both conditions, volunteering, a school girl with her hand raised while some teacher is talking about the Louisiana purchase in the context of its acoustics, how it might have sounded to become that landlord
Caravan - Duke Ellington

And since she was pretty there was an audience,
thrown open to question and found wanting
with no resignation, for...

how rare is joy and joy is rare. For what's theirs is joy and joy is theirs. Though what air they've poised is poison air. For what's paramount of theirs: hymnal ledges of the voice, skin of the swan, uncommon of the look-upon, uncle tom of uncle tom For how spare is boy the boy is spared For whats theirs is his and he is theirs. joy. spoiled. son. heir to what's paramount of theirs is him spread into gimmie somes For how raised his void is, his void is there where they oblige him A store of helium he rides to when

I hear the feeling, it felt like a fling, only the feeling lingered, the distress lingered

I want a space man from twilight 'til dawn, when the chicks say there he is, he's really gone

Posted by Harmony Holiday at 12:07 AM

Whisper Not - Peggy Lee
Posted by Harmony Holiday at 7:39 PM

Bring me Back a Challenger: (Choreography/ Poetics/Demonstration) 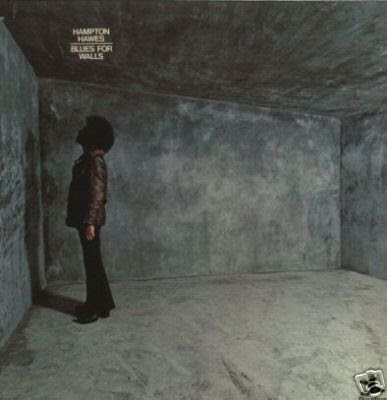 Or a particularly candid accomplishment. There's a man who smiles backwards in a choir and yanks you into serious alert/detour, toward one answer to the land question...I don't need any of yours
leaning along the harvest of possible things: it is damaged and as far as
some blue pyramid home negro southern different color meaning hip shit, a loss of tension would kill me
the impossibility of trapping my own gain, is how I survive
in this dizzy cabinet to where I can't tell if I've made it, like reached the mountaintop, which is a sloppy destination to begin with, it's cold up here, I really can't stay either, the breeze makes me coy and radiant. Radiant because I desert him when I intend to traipse, for the sake of mild people, and then to tiptoe, for major things are trembling with scarcity in their motion like Tokyo lips, vagrant swells of water called floods, or typhoons, testaments to the loneliness of late capital, a loan, an abundance we've borrowed from shame or Mr. So and So I have the blues for walls, but I don't want to look out either, onto your plot, which is damaged, I've never even touched a loom, or at least I can't remember what your hotel smells like new pens and music videos: I go, you stay, two autumns and a broomstick. The fact that this is ever accurate is a nuclear disgrace, somebody blew up America, he's right. I'm willing to loot every Walmart forever, traipsing, tiptoeing, plugging all the wasted stereos into lampposts and having that life you call a party. And when I look up again, our son is done looking mean and impressive. He is holding up a shy looking sign which says: Now he plays the drum, now he stops, and grinning like the robbery is over and they got away without his muses.

After making love we hear footsteps.
Posted by Harmony Holiday at 11:05 PM

The idea of 'always' in a Neruda poem struck at the nerve of the idea of 'never' in a poem I was working/through; an elegy for the Mississippi town, Mound Bayou. I joined the two poems in tilted Siamese, and got this.

Like lashes on a dark back, you were supposed to feel actual.

But I refuse to accept despair as the final outcome of the ambiguities of these...
Hieroglyphics, which when you bent over their microscope pedestal, fell into the crypt

This town's foremost emblem of prosperity, its mill, has been turned into a dance hall

Pretty field of sharp husks and deacons reminds me of the early bribe, something dangling in sigh toned opal looks like my uncle, close enough

Though there is no such thing as resemblance any longer, just that the man hung like a flag or sheath or gone

Periscope maybe, voice is to color as

cause we're covered in town and Nobody's business. Maybe, too clever, maybe

we failed at freedom on purpose cause discipline is the true decadence. With its prolific monogamy, ecstatic sacrifice for

for the commitment to one thing, gathering, is so brave and radical a luxury... Even this far forward, I confused being a servant with being sure

Facing you
I am not jealous.
Come with a woman
at your back,
come with a hundred,
come with a thousand women between your chest and your feet,
and rivers
Bring them all
to where I wait for you:
it shall always be you and me
alone upon that earth,
starting

Posted by Harmony Holiday at 1:05 AM

One For Fanon, 48 Years to the Date

“In the world through which I travel, I am endlessly creating myself.”

Rotary Connection, with vocals by Minnie Ripperton, and arrangements by Charles Stepney and sounds like triumphant disorientation and feels like when..


Posted by Harmony Holiday at 9:51 PM

Posted by Harmony Holiday at 3:24 AM

Three For the Beautyful Ones Not Yet Born

This is not a Coalition : They never let me forget it : I'll never let them

And there is no tempo, so you don't have to worry about losing the beat or anything

When I said, I would live in scratch houses improvising yard into my far off dowry. I was telling a story, recklessly candid because the heart had been sealed for slow time, when all of a sudden

You say 'in general' a lot, because you've been injured for naming names. Not the names of soldiers, the names of battles. Blackhawk, Waterloo, Help me. Places I knew dad to be in. The radio. Hollywood. Focus. The Delta. Always. Always is a place. Finessed violence. July. The big sliding open van full of groceries and electric pianos. The weight of his hands on the invisible. Keys. Lantern elbows. Poking around his manic in the dark looking for Saturn or cold pancakes or a clerk to take the wallet from his mouth when he was seized. We were afraid. I guess this means, I guess he spent his last days in jail. That must have been like the yard, clenching broken stove pieces to keep a pedal on the ditch or was it a well, or was the barley leaning down your malt letters fluffier after every sip. It would have been useless to visit. It would have been you, looking pretty in your memory/desire. Proving, you're still five, someday. He must have spent them on the rise, the whistles that used to come out of his collar pocket, help me, Im rich tell my daughter to stop playing their lottery chasing their loss. Loss is a dangerous necessity, also. It measures the imagination. And it is ruthless, and the imagination is ruthless. Mine is through mumbling the titles of weeds across the unnamed we, starts to breathe the blue pause out of its visage. Vertigo. Let's it go as if to pursue it, coughs it up, says where I would rather live is full of months not days or hours or built up hundreds, floors in your circle of fifths cushioned with radio, not to mention, the fund
is cold for them, radial (it's called for them plosive names: paper, papa, wants to say pages into the gap between bars but is too exposed), a void taken on as a way to count moments by what they cost: the house, the jailhouse, the studio, outside, stayblack. He must have been outside mangling his solitude with you.. And without you, it would have been useless to deliver news like, this is our music, who else would wear prison to the grave dragging it behind him the way the shiniest shoe of a fine and mellow pimp is usually slow dragging, holding the waist in a mopey, jubilant L delay. Safe asymmetry. Anyone can place a mister in front of his mercy and raise a lady to watch his feet spell, doo-wop or cake walk or Jake limber. We are. Getting rid of ownership, replacing it with use. It's cool, I'm black too.
Posted by Harmony Holiday at 12:21 AM