"It was the conquest of the night for doing something else than sleeping." 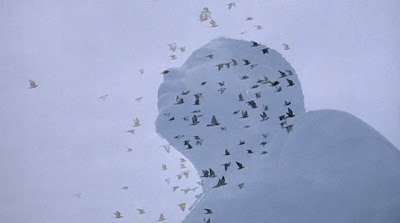 Smoke Gets in your Eyes/One for Y

(He is panicking at the access/attention to history grants me: eternity, glamorless but tempting because I remember how many starts were took in the gleam
and can repeat ... 1.often, 2.euphonic, 3.you funicular, 4.you from here? 5. These skinned woods, 6. you form her, 7. forked stars in the burnt down Dharma,
hurt her apart
from mastering her first, stark as a kid glass, jury reaching toward its preservation with indecision maybe we can stay forever: drinking thick juice, sunny delight or something even though it makes me stick to my stomach, scooting closer to the table, being young for you are old, far too, cargo of a stupor, bloated eyes and coal limber with use and down but mine too
obvious to count, to where it sounds like up, higher, a little more to the left You are

the forced guard of , if you look along my fastest glance, hallucinating your answer I heard the word trifling (flat) and watched it

Posted by Harmony Holiday at 7:04 PM

Not a Deer/Suite for Electric Light

Posted by Harmony Holiday at 9:38 PM

There is a run of sheer jade at the nape of a yellow wrist bulging like the dingy veins of mothers in taxis: crisp diamonds checkering the dense slur of the rings which herd them home--- arrogant and grotesque yearning as a form of comfort-- a warm day in my nerves --- the curve of their daze could drop a river powder light and dismissive puddles about no more, running out of thirds, His arms keep perfect ridges when you lift your eyes from them they land on a baseball cubic shimmering with field apathy and no gate, imagine the restless privacy of alters and stadiums or of the putrid silhouette of the ready-mades on slides in classrooms or in museums or on the sky looking like taxicab poodles or sugar cotton, incorruptible swaths of brand nodding in the teeth: minor and everywhere, are called trade, resources confiding in themselves door after door how the way out is one more, I promise, it opens onto green dolphin street with the calm promiscuity of buiks from the yard and, it gets to be ours

Posted by Harmony Holiday at 7:43 PM

Labels: Liiner Notes for the Millennium 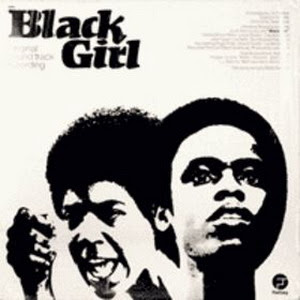 Leaving Aside the Bloody Catalog

The most private, the most serious thing, because the past has disappeared


(while you were rooting

for Gary Cooper, that the "Indians" were you, wore your hue and labor

We'll get to the dream in a moment, in another way, this dis-expense is snapping


On a fast northern street, eastern-suddenly, the black girl in the gray slicker, shaped like a story-

I'm talking about her orbit- four years of shore collecting in her footsteps (the credibility of the garment is how it inflects the body
soft, appreciative, rescue wishes- I'm finally ready to be as everything as I've been

And the improbable mechanics of her owl, of her face full off hours, and how
it's almost now
A phantom

of her kind of answer to the hard gray pants or flickering dandyism of a runaway man, kind, like when Kerouac called us dusty (negros) from the hop of the least subtle train in the lobby of sluggish fugitives

He whistled and any drum built a masculine shoulder into the slopes of brief attention: tomorrow, tom-tom, slack, he took the blow back like tuxedo cloth magic of where you look, when

I'm talking about the wrist set out forlorn and perfect to where people are proud-living off the reflexes of beatnik rumors and then see her and then we are certain/
ballads,
brisk riddles of fellowship: it is said that he resisted and they beat him with sticks

Everyone becomes a glass-eyed pervert for the sure/glory of city rue rhythms is only hers,
sturdy rubber guardian of our yearning to be young and near, too young and near, our sense of curtsy, sempre, swarm, who is he, who sent him our record before liaison, and our madness
Posted by Harmony Holiday at 6:03 PM

That's How It Got To America

No Lamp Could Lighten That Darkness: Two For Pedro Costa

The Acoustics of a Coup P. VII

Here And Elsewhere (Too Many Insides)

The Acoustics of a Coup P. VI

The Acoustics of a Coup P. V

Posted by Harmony Holiday at 12:13 AM

How Can a Man Be Tougher Than the Whole Wide World?

Them,Them: One for Sarah Vaughan


The ones who built the annex between then and then/The January Rivers, the First Wives, The... so I obey from my village-- a lazy..... (interrupts itself to become,

so I obey that too) and the obedience ricochets , lurches, slips gets thirsty, hears the name Zarathustra and thinks it knows something about proclamation or war games

important pain versus the numb wounds of no medicine nonetheless

this is how I stay the rumors that the only information worth my voice is my voice, to you

Posted by Harmony Holiday at 8:58 PM

Although we don't believe this is all, our blood enjoys the irony of acting as if we did

Posted by Harmony Holiday at 6:10 AM

Theories of Sphere in their Stride

Fluent in the sequences of spotlights,beamed giant on the torque of a deformed hill let valley, battle between the two ladies with polkadot acrylic nails. You picked their race when you pictured it, sailing by on lake/ship something cracks the glare's direction and there are shimmering freshwater yellows for all the women his eyes fell from The cathedral, the hack your dignity came back (as), vanity of a comeback, the effects are transient or mended, fast flecks of crease in the spreading well, or orphaned, like how it was for land

The whole of my time

makes a nation, last of my time makes for future, best of my time chases city, you live there, dingy intertube on the front of you like an eye or bullet proof or you can't swim the new way but are full of the procedure; flair of a glimmer of a shrug, no, dangle there, in the pinched blond caricature the rest of my time makes a home I cant find a trick in the electric terror or your near fame except when it shorts from being watched : The women fight more hot, the fisherman lob themselves into the knot, the watchmen cure wood for the port They were fighting over the anchors' shoulders 'til the earth closed, Now the match is sold to the dizzy box that shows shows and the water, neglected, hijacks the bottle and port swells and rots poses into the terrain to be absorbed by its reputation I predict you can find them dancing plain blind men across the count in exchange for the company of their footsteps, no matter weather in trespass or as guests or lovers, companions, brackets, the clap of their line makes and empire wherein you can't taste the tap but know better, refusing to say where you're really at is nowhere yet paranoid enough to admit you left the navigation up to slender women with pretty hands and the kind of hum that shields sounds from itself and now you cant tell what they're saying until they look crushed, syllables stuck in their throats muttered up into the shape of an oar between rotations, tender hexagons mistaken for adults as a form of rehabilitation or drift

What"s left of my time makes a child so well she can bribe you out of the spotlight just by being her true size and in it, herself This is too

crescent to be real so it falls to one end, which solves the problem of sinnermen with a jaunty asymmetry

they're gone
Posted by Harmony Holiday at 8:05 PM

One For Maya, 48 Years Ago Today, Has It Been So Long?

One For Katherine Dunham

Posted by Harmony Holiday at 6:11 PM

Posted by Harmony Holiday at 7:36 AM

Q: can you tell me what the most interesting sound you've ever heard is?
A: No.

Q:Subconsciousness is exploding?
A: No. Completely

(langauge arranges the imagination into acceptable units, sound reverses this, therefore, brittle fortresses, hear what you mean, don't say what you mean. Listen, shut up. The machine underneath is gripping cold money your mother buried in a sac of pull flour. It releases my hands as doves, it realizes my handsome somebody is a buck in the air and I dare the slum to grab it, compress it into flabby bread, turn it high,
peal it from the roof of your shut up mouth is more shelter than I can bare
anyhow

Q: Do you see the score?
A: Haven't you, as a revolutionary

Q: I hope so
A: The performance is an experience of the dream

Q: They almost have
A: But the boy is left
in a life, or file, Orfeu, Take Five or So-What typa slope as (is) I
Posted by Harmony Holiday at 6:49 PM

Inventory (for) They Invented Elvis Presley

Posted by Harmony Holiday at 3:40 PM

Your City Comprehends You

For the distress of neutrality, the new tenements look out onto empty playgrounds

For the round water, the old men jut pennies as far

as for fear, starting the day early strapping your child to a plexi pony outside the market

If you are carsick, if you don't ride in the dark, hysterical with distance, a profuse light, a profuse lowness, looses the detail by regularity, by gear, delirious with bible, dear busstop, dear hushed robbery, dear family sized bucket of wings, dear flier on the raw cylinder announcing a concert or sermon or pervert husband you might be missing such a firm dawn in letters as in symbols affirms the ecstatic dread of this over-comprehension

Posted by Harmony Holiday at 10:08 PM

When they are bored, they write down old songs from the villages
and the cleverest make new songs from the old forms.
Posted by Harmony Holiday at 6:35 PM

Posted by Harmony Holiday at 9:41 PM