The Revenants: A Call for the Hypothetical Records of a Working Man

There's a sickle in his approach, not that he's crooked, but that he's hooked to different names than his and hears them as destinations, on the slopes of Table Mountain, on the broken microphone placing Echo and Narcissus in separate ponds that they may not listen so they may be heard, or healed, or hurry, a delta flood will tease his thirst with trust, or her over and over 'til the crooked pace becomes his place and the bent clicks beneath the bend

The days, the hours, the way he supports the way we are a tiny climate over which storms threaten before breaking, elsewhere. Temptation. That distortion between silence and tension. The one that bridges two actors in a thrill. A swarm. an answer, a swarm, an answer. The wind swings the door closed, but look out that window again. The opposite of this closed is close, like near, and like itself, thinking harder or more toward pairs, like the taste of licorice in an envelope when you drop it into the blue oval to be re-evaluated by fate or rode, as if (ridden) by, as if riding by as a float does decorated with husbands with confessions on their waves like banners which are muting The Last Kind Words Blues, a recitation

When you see me coming, cross the lit man's field

And It's precisely because I believe it's my voice, that I allow it to be taken over by another voice


Play on robots, people are ready now, play for us

I mean they were playing car, a race game, near their thinnest window in audio color the speed moans turned to break moans into scores, how you roam, howling about the blindness of speech in a monotone how could you, twice, how you could trust mercy grammar to double the standard so good, not now, not even now

Everything he touched he made subtler, sadder

More than that though, the ability to flip at will into dismissiveness helped maintain a sense of expert status, of standing apart from the rest

Sometimes this made him mediocre and slick. Others genius and clumsy. And all transitive combinations of these. And humble sometimes, and summonsed, dear bounty, dear hunting man, I am somebody something like him, somebody likely, and we might be the last(ing) kind,
and we might have been the last kind


And the blue light was my blues

And the red light was my mind

Posted by Harmony Holiday at 2:39 AM Her careful panic annexed to the giggles between notes, I can

I can go to the soloist and get lost, talked out of myself

There's a hanging/glamour in the work, self-preservation, first law of nature, spin me around again, I won't get dizzy, I want-get to see, how do you play wheel when you're furious, just turning,

Early in the freedom I found my crow, my crown, my why-come


Posted by Harmony Holiday at 2:47 AM

Posted by Harmony Holiday at 9:47 AM 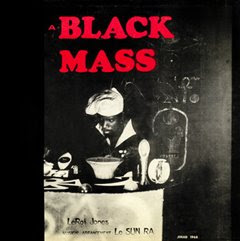 Posted by Harmony Holiday at 12:55 PM

Posted by Harmony Holiday at 11:31 PM

Like a Leopard of Home, Songs in His Cameras

Posted by Harmony Holiday at 10:53 PM

Such as Existing/How to Reappear Completely

Posted by Harmony Holiday at 10:48 PM

Posted by Harmony Holiday at 2:05 AM

Posted by Harmony Holiday at 1:43 AM

Man From the Avenue/Canvass Sky Treaty

Armistice starts with a chime, water imitating land. This is how he'd lure me, from superstition toward reaching in my purse.. Proud-national-mine, nova of a man, acrobat, minister, showoff kind

I'm in a blue series, yes, that shows up as red

Then an old ephemeral headline, send me, I'll go (messenger blues), vaudeville magician levitates envelope (telegram blues), so what (so what blues)

where the tone is not unremittingly sullen or... it's too unusual to be so sad,

Yet, rogue as it is, kneecap splitting with business pitched into vicinities rotating like the pact between laughter and obedience, makes you a statistic, a pimp monument to my indifference to monuments

And keeping still is a form of winter; the forced compulsion twins have to mirrors and averages

Clinging to one another like threats, if there were such a rescue to covet, like reputations, (public gardens), turning green into green integer, kneejerk

The explanation is a question, is a quantum. How great. How much of love is light, how much light is enough, why is the envelope still in the air like a tightrope beneath your foot, your root, are you flying that means, does that mean the river is moving, does that mean you are flying

To hide the hustler from his hustle: Flinging the compass made of (4) Chryslers crashing into one another like the sad ice on perfect teeth if it were to start melting or meaning a higher priced green is business that would be my team's pool made of guilty minerals, playing cards breezing under a dealer's thumb,

the heart is things I've come to tender

The armistice, the chime, the sinnerman, listener man, lord listener, the blue series, the twins, the mere, club mirrors, the hihat, the liar, the oracle, the one with the short wrist, the photosynthesis of paper into purpose, the decorative clovers, the deck of spades, my decadence, my radiance, mine
Posted by Harmony Holiday at 9:38 AM

Posted by Harmony Holiday at 4:35 PM

Jubilee Business/Our Ladies of the Flowers

Dear Josephine, Why did you leave?

For the house, for the pink house I promised to build into a promise that would make us proud

Why are you murmuring?

For the sensation of inhabiting two worlds

The Show and the No-Show?

Yes, both. Both are social, both as close as nowhere/else


Posted by Harmony Holiday at 4:35 AM

In the name of accuracy

(there were ready arrows in the backseat)

..When Flavors was smiling, we were happy

But they said it wasn't fast enough, so I made it fast. There's not enough words for them to work out what the language was so I moved it as, my mother's habit at the electric church was to plead the blood, to rub the Cadillac with wax and lacking any fear, I might do that too. Silence. But not in the service of hurrying or wish fulfillment or slurring a rant into an errant I'll be damned if the isle ever flinches when I walk down it in mint green and a crown made of artichoke/hearts, grow up, dress up, laugh this many times in a row at that many chosen few many chosen you who none have

Posted by Harmony Holiday at 2:54 PM

Labels: Liner Notes for the Millennium

Quit kissing the gun, Kid...kid (even the young Pip in Great Expectations is menaced by cows who seem to talk, from the beginning to the begging) I'm getting wasted on cherokee (praise) shake the rest out of me it wasn't anger or sanguine, it was early love crimson sometimes ruby, chubby Rubaiyat has me let go my ladle, my cup of sacrificial spirits, but the fluid lifts before it collapses as the word colfax, untilting-as the kissing place on the x that looks in every direction then chooses blindness (none), huddles in the shine fat sun of interstate 80, route 174 kind, of common Californian forlorn and whimsical and finally, and when-I-look-up-again, excessive presence leaves no traces, the static starts just as the disc jockey is about to tell me the title I never wanted to know which outfit he wore to court, which one he wore to war, which one he wore to pieces, but I found out

Posted by Harmony Holiday at 12:12 AM

Posted by Harmony Holiday at 11:45 PM

Posted by Harmony Holiday at 4:12 PM