Posted by Harmony Holiday at 6:47 PM

An Insistent and Eager Harmoniousness to Things

Posted by Harmony Holiday at 3:04 AM

Posted by Harmony Holiday at 10:43 PM

The Man, The Colonial Man

Posted by Harmony Holiday at 2:34 PM

Sobriety, the first enhancing manifest of ravage
Very solemn, making friends and enemies in the time between knowing and telling the future I play dumb and ask how long it will be before the corners of our minds curve into these futuristic foreheads we've both been given and we can relax, loot a few museums, discard the word eclectic, it means partially nothing and when you say it everyone can tell you're a phony or a public radio dj. Maybe both. I'm partial to the way he leans though, jockey between fences unflinchingly disastrous posture of the leap--landing. I pull over to let him out of the car but remember he's the one driving and then I know the second enhancing manifest of ravage, the absolute pivot of fortune, I pull over to let him out of the Cadillac catalog but then remember that I'm the one... The man I love (second take) Legacy Edition. Broken mute. Mutiny. Tinsel on the banister which coils like the gears of a floating bicycle, floating in the night of the purple moon, dopey crescent, so there's a slow silhouette of him looking up at me looking up at him looking up to me looking up to him no it's up to me, no it's up to him, mostly nobody has fathers, we decide, dragging the lens into our hearts for a new understanding of inheritance
Posted by Harmony Holiday at 2:01 AM

Watching our faith in prayers, will make you see your bones

Or whatever beginnings go back to

By way of an effort wholly distinct from concessions to closure

She begins to tell you what she's not going to tell you and a confession unfolds from the hinges of resistance to it and otherwise rigid adherence to tradition would result in decay. All results are forms of decay that must be mobilized toward their opposite and swing like cave regulars or hitmen at the advantage of oneness-- as for the big luck, there's no such deed as luck as a force of corruption we call it tough and tender, rough, unexpectedly gentle: an exegetic refusal to be done with desire spliced into pronunciation spliced into a place in which every note will keep to its neutral truth


Posted by Harmony Holiday at 2:33 PM

Those who seek it

Through the manipulation of non-human things:

The farmer, the engineer, the scientist

Through the manipulation of other human beings:

the politician, the teacher, the doctor

Through the manipulation of their own phantasies:

The artist, the saint

Posted by Harmony Holiday at 2:49 AM

Posted by Harmony Holiday at 8:59 PM

Total Recall/This is a great scene, where he uses the hologram

Posted by Harmony Holiday at 3:18 AM

The sense I have is that we're being addressed by a barely audible witness and we have to keep ourselves clean of whatever romance of resistance would hear it only as camouflage.

Picasso's bulls, cowering into a telescope, swallowing the moon, come up for area, come up for place. A swooning cash register opens on the sky. We get high... We get high. We get in the right fights. Come out more alive. Silver dollar spyLord beginner ones. Collectible hero statues from the quiet troop of uninterrupted myths too. Commissioner of stardust breathing in. Amphibian, amphibian on both sides of a wide-blooded kingdom tucking an indigo into the unknown again and again together I get the sense the onlooker is a lack we instill in our lives to get to one another so what so what so what so what
sense is since I can I don't have to go there unless I feel like it cause I am the actual best version of what is this thing called.. and that's the way it will have been

Posted by Harmony Holiday at 4:46 AM

Posted by Harmony Holiday at 2:09 AM

The Man Who Recorded Silence

To control himself he turned on the radio. He felt that he had a glorious victory locked in his heart. He stooped and flung some stolen diamonds more evenly over the floor and they showered rich sparks, collaborating with him. He had a glorious victory locked in his heart he felt that. I have become more militant, because the time is right. He reminded himself. I have become more time. Militancy reminded him of a joy unwinding as a boyhood unwilling to leave for noise is easier to imagine forward in the omnivorous span of itself, getting closer to itself but too near to touch-- it is the balmy young camera in the early clash with image and broke the rivalry into value and them both into hope for the conversation on earth and then we negotiated and then went looting and that sounded broken into togetherness, andthenagain am I blue, you'd be too. To control himself he turned through the radio. A bloom of tunnels. He wore his pants low and had to scoot around like a radio dial from place to place to pose to (I'll) wait for you and he felt a glorious victory locked in his speed. A swollen limbo. Interaction has become a way to create silence, for me and him. We film a still radio by day. At night we watch the footage and discuss a road it isn't on and how come

Posted by Harmony Holiday at 12:07 AM

The City is Run By Pirates

Let's face it
Posted by Harmony Holiday at 6:33 PM

The man who learned his name

The sad vine of invention is not pretending to be a mirror or revert back to childhood but the science couldn't unbegin and undead stars rise again as supernovae. Malik was meek and lost his belt on your ass. It fell there like a wand he had to lift every time the siren came or the shiner showing or the urge to run. Parthenogenesis, c'mon. Is that really what happens. These black ones come out from the sun like children again. Reborn, a double verb about how and when we've been immortal ever since dieing for them. Ten thousand light years away, the burned-out core of a dead star quietly circles a sun-like companion. Though the stellar corpse shows no signs of life, it is a cosmic vampire, biding its time as it slowly becomes its mate. The word vampire will not do in the corridor, nor martyr nor reformer and the categories swarm silent in the anarchy of ensemble time. Nor will the faint gimmick of western spirituality that stole the romance of blood to describe itself to a pricetag: affordable, blow-up fort, and the people who drag it up get low from it, nor will it do. Honesty is a rude grin. Maybe even violent. Get your myth true. Get it together. Live, you crazy motherfucker, and organize your shit. Not a pep talk. Not another mother constricting with judgment. The glory was only vinyl and nullified by how-- The myth was the event it crowded around and held together as it aged gracefully, disintegrating into better music. The lucky loops of my lips promising it back to him. More graceful than meek. A faker. But also so sincere. A sinnerman, where you gonna run to kind who never panics and never runs and is therefore far into the tone of arrivance. Getting there. You know, just about at the place he's expected when a veer rips the page off the rack. A trance of seven colors and come out huffing wishbone ash and draconian and pale as the wind and making up a color or hue for the pause of the unword coming through as love, they like it when a nigga is unreliable. Listening through the vent to him mumbling, can't tell weather the voices are joyous or despairing but I get the strong urge to ask them to stop praying and stand unrepentant in edgeless robes. Malik decorates his choir with a flood of bells felt sane again and fell down in the elevation of it

Posted by Harmony Holiday at 1:58 AM 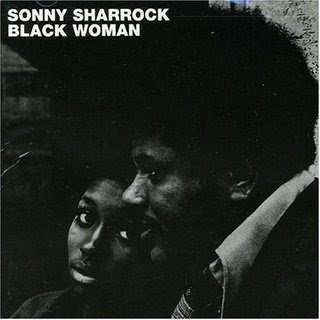 Posted by Harmony Holiday at 2:48 AM

A Tribe of Starts

Something else is going on; people might float to the ceiling
Posted by Harmony Holiday at 1:50 AM


Posted by Harmony Holiday at 3:15 AM