Posted by Harmony Holiday at 11:58 AM

Why you had the open heart to begin with

Posted by Harmony Holiday at 6:55 PM

I only want you for sex (letter from the field)

Posted by Harmony Holiday at 2:31 PM

Posted by Harmony Holiday at 2:27 PM

now repeat that into this nest of microphones   everyone's a phony


I get bored calling everyone cousin , for example , when there's no blood

I like what Yoko Ono says about madness,  that it's  performance, for example

the last prince of non-violence
Posted by Harmony Holiday at 12:49 PM

Posted by Harmony Holiday at 10:07 PM

The best seat in the house

Everybody's dead, so they can finally say what's really on their minds

Rhyme you outta  jail in time   to steal your rhymes

between life and death is finally  coming into question,  in the most optimistic  way  the plague is finally    Immortality

Posted by Harmony Holiday at 7:14 PM

A con is a dream

Posted by Harmony Holiday at 1:05 AM

Summary: You know when you're watching a movie and you keep rewinding to the part before the hero is killed some billowing love scene or accidental  seance between  notions   of when  suspense is the most unreasonable    shield   all around   intermittent  acts of violence   / I really have to look at the world  from  inside their  heads      where shadows rotate and you can follow the time in shadows  /   shallow upsloped blindness of the blind  hero  saving everyone but himself  /  advanced    suicide  /  nobel  effort    ,    what is the afterlife       He can be evil   but you always like him           goodbye to sequences   but language  survives  them and we are born   teen   in the middle of a discourse  on motives   / and are not crushed   / and are not crushed      New habit  of reading  treaties where some abuse is reasonable     good stupid  people  getting married    fighting    wars /  all of us

And I wanted to see what propaganda  does  to   the language   of us.  A fabulist's anatomy or stark distress, was it,  the pharaonic order of the jesters.   Does it become more elegant to snub  all  excess or does it begin to deflect   the  innocent extra in the background  there to make the scene    a home  within itself. Brightmoment. (echo) (echo with a difference) (Narcissus / trick or trick narcissus) More to say about morals  than   the morose way one line folds into pictures  of a whole community sorted by  the invention/fabrication of oneness. Otherness Blues. Ovanuss Ball. Negroes in vogue.  Prison Notebooks on the arm of a plush velvet sofa , phd students supple with theories that will  save the world  if only they were of the world. Can propaganda help us populate the other vision with no more scams  but  candid / some   dandy / some daddy     plath   ease  of reality   pretending to need a dream.  And   how will the icon fare  if he cannot  tapdance   when the amateur  assassin   saunters  in     to tell his story fast.

Highlights: You know when you're watching a movie and you keep rewinding to the part before the hero is killed
MLK was clutching a Newport  cigarette in one hand. His mistress was downstairs fixing her hair for dinner. Jesse Jackson and them were in the courtyard just beneath Martin's motel room balcony, allowing him to falcon for them, dressed like dandies  and value  systems   discussing  spirituals  and pigs   feet    all the doves   broke free   .   As the shot pierced his memory    he begged  one man to sing        him Stevie  Wonder   from  the future   sequence is over      please  tell your   story  fast    if you don't  it will come to   pass     In his breast pocket   a note about ritual   sacrifice   his witch  doctor's  advice  /  phone  number       someone kept it
Posted by Harmony Holiday at 9:34 AM

Posted by Harmony Holiday at 11:56 PM

Posted by Harmony Holiday at 9:10 AM

Let it be good to yourself

So it was fun, to be in the future

Inanimate dancer   some surly clouds  overhead like mammy robot arms /  O Oprah, what have you done 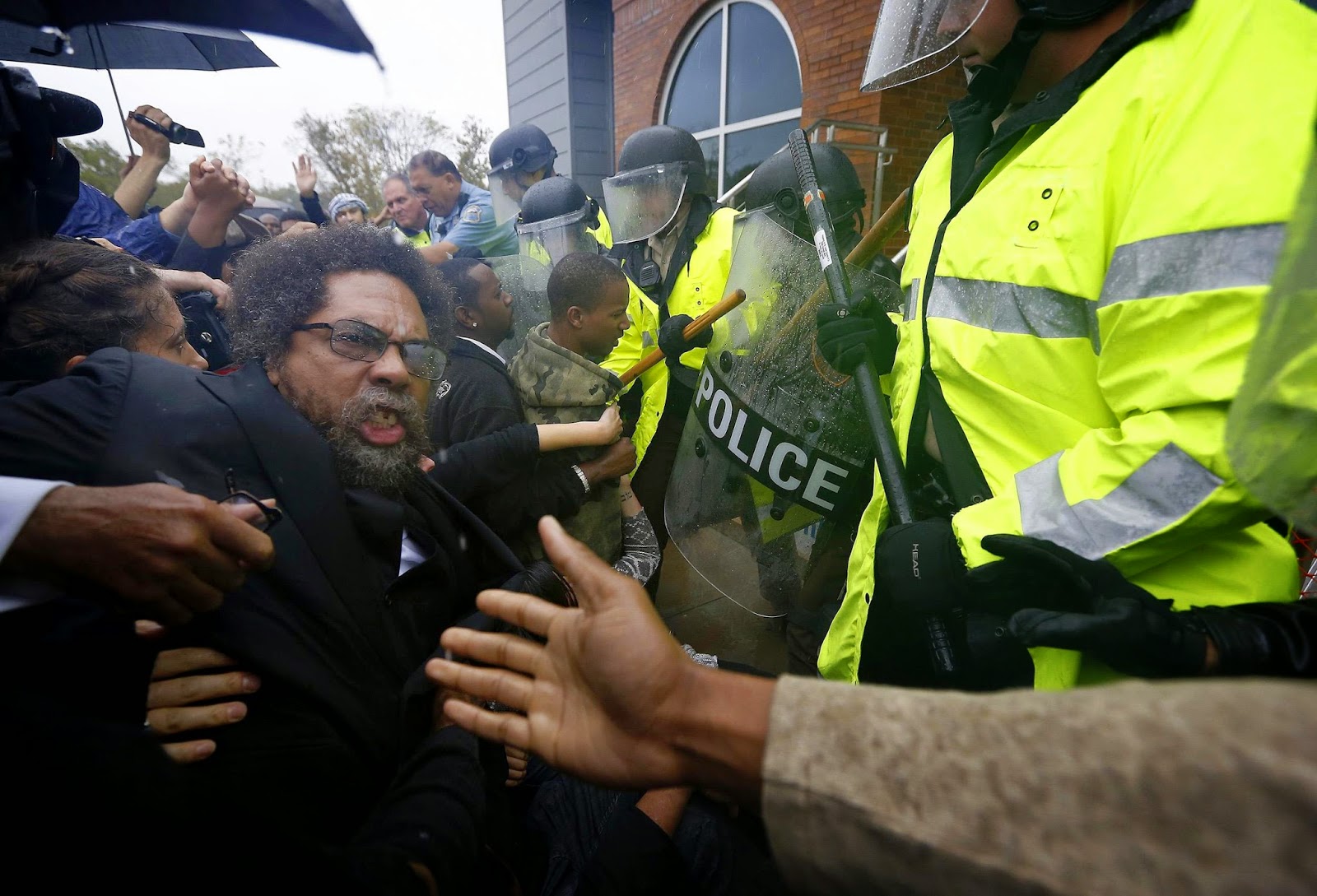 in a land where the sun kills questions.


Posted by Harmony Holiday at 8:41 AM

Posted by Harmony Holiday at 7:20 AM

Labels: An echo with a difference., the praying slave™

Posted by Harmony Holiday at 9:35 AM

Summary :   Love,  the most natural painkiller there is, love.  Monk quotes Burroughs to Nica , his extravagant confident,  and Nelly, his wife, in identical choked up letters toward the start of his so-called ending, trying to explain what premature retirement meant to him, that the public eye was a threat to the survival of love.  As suggested  earlier, the correspondence is vast.   The shadows take shape and we see the pianist taking notes on the shaping

Don't wanna go out like those   beat  writers, getting  famous for things you're supposed to hide      futures we have yet to achieve   and untrue   love.  Wild motherfuckers  but temporary."     We find Theolonious was a lucid and most discerning   salesman     collapsing  aloof  into candor   and melody   into rumor,   using silence   the way a hype man uses  an  announcement        to  thrill   and bide.

Highlights:   There are telegrams from Duke Ellington to Monk begging him to stop stealing his stuff. Jokingly, admiringly.    There's a collection of photos of hats from fashion magazines   with notes  for new compositions slashing through the photos, appearing as tempos appear. There are letters to his mother   thanking her for being so patient with him, recipes for lamb and chicken liver written  on club napkins, copyright forms for compositions that he never had the chance to transcribe, juice recipes Nelly suggested he try written in the margins of his dream diary  wherein he recounts  a recurring dream about being on stage mid concert and turning into a tiger in a cage made of tacky satin ribbons that he is meant to pave   with iron and will  until   he disappears    and wakes  up in the phrase   we sell the shadow to protect  the substance.
Posted by Harmony Holiday at 8:45 AM

We sell the shadow to support the substance

Posted by Harmony Holiday at 6:43 AM


Posted by Harmony Holiday at 4:28 AM

Posted by Harmony Holiday at 6:56 AM

Only saints have diabolical visions

Posted by Harmony Holiday at 4:15 AM

Summary :  There's no such thing as a vindictive hero.  He shoved the naked black mannequins under the bed, but later parted with those too. Radical phantom, Henry Dumas. Local rapper gone international, underground. As stated in previous transmissions, the correspondence is wild, full of anti-social prophecies Dumas exchanged with Sun Ra, Malcolm X, Clarice Lispector, and Corretta Scott King, to name a few. There is the beginning of a script for a cinematic adaptation of Ark of Bones and list of black comedians he hoped would play the lead: Richard Pryor, Richard Pryor, Richard Pryor, Richard Pryor,  reads the list, and then a sketch of a cadillac in a cotton field surrounded by artificial carnations.  He was big on symbolism even in his private journals, hieroglyphics mingled with Sanskrit text, and images of his favorite entertainers were pasted between words and paragraphs like  an advanced system of punctuation by identity. He was always negotiating with himself in that way, letting the fray of persona unravel and recoil until a single character opened up and shared the other world with him.

I want a land where the sun kills questions.


Highlights : We find out Dumas fathered 3 children with whom he communicated only in writing. There are unsent letters to each of them detailing his plans to reunite the family and form what he called 'the glare of village' together. There's a copy of Gramsci's Prison Notebooks with extensive notes and pictures in the margins and sketches for a clothing line called "It's after the end of the war," comprised of 3-piece suits in Moroccan fabrics, are tucked into the back of the Prison Notebooks. There's a stack of love letters to Katherine Dunham, unsent, tenderly written. One begins, maybe the war is our second chance to dance our savage intuitions about ourselves toward some debonaire planet only we can invent and destroy together, for I, like you, grow weary of being an accomplice, no matter how great I am at this elsewhere amplitude.  And there are two plane tickets to Angola for April, 2017.
Posted by Harmony Holiday at 6:16 AM

Posted by Harmony Holiday at 1:08 AM

And for those of us who are into staying up late, or are joining us from another  place in the world

Posted by Harmony Holiday at 2:46 AM

Posted by Harmony Holiday at 6:35 AM

Summary :  As stated in prior renditions, correspondence is rich, with sociological, spiritual, political and artistic aspects of Coltrane's life well documented. Along with activities within the Black Panther party, afore kept hidden by the family. There are also letters between Alice and Nina Simone, and between her and Angela Davis as well as interview requests from magazines ranging from Playboy to Ebony to Bomb to Downbeat, most unanswered as far as the record shows. There is a partially written autobiography the breaks down into sheet music for a theater production of film Ganja and Hess, re-imagined.  And there is an unfinished letter to Melvin Van Peebles requesting that he direct the production.

I want a land where the sun kills questions.

Highlights : There are several unreleased pieces of music including one full album entitled Run! There is a manifesto on transcendental meditation and an Oxford Annotated Bible with extensive notes in the margins. A stack of letters between her and her son Ravi, and a couple of letters from poet Amiri Baraka to her, exalting her music. And finally, there are tape recordings of interviews Alice conducted of fellow musicians who visited her ashram in California. Miles Davis, Sun Ra, and Abbey Lincoln among them.
Posted by Harmony Holiday at 5:24 AM