You and 12,000 others like this photo of Billie / Holiday   sporting her cheerleader's uniform and head tilted west. Her hair is tied into a ponytail, slicked back with the good gel, and her lips are bright red, parted slightly, spread as cargo and low ladders. First let me thank the divine creator, the neter, the god, is really beautiful      and all of the delirious souls who worship instead of embody      are so remote and so. Her crown chakra is amber violet. Her violence isn't shy but hidden. We violate her crown by it. Invisible clown bias. Hands clasped low behind her back, a bow with its captive satellites alighting the heart. We are our own hypocrites. There's a man behind her, out of focus, with a whistle between his lips and a djembe in his hands. Black. Very beautiful. Look over your shoulder before he disappears, Lady, but if hollers  let him in through the front door with his hands stuffed in his pockets and rescue the laugh track vault. That's vengence and not apalling. He was the snitch hired by the FBI to rat out her habit. Fell in love with her but he still did it. Her hands are hidden. An eight ball and a tiny gun in them. Toy money for black entertainment always in circulation as adornment. A little numb and floral resentment flickering in both their eyes. Every spectator is a coward, a liability
Posted by Harmony Holiday at 11:53 PM


Posted by Harmony Holiday at 4:06 AM

This is Hollywood isn't it

On the shamelessness of heroes

If the hero is unambiguously guilty the event disappears and there is no destiny
Posted by Harmony Holiday at 2:58 AM

Posted by Harmony Holiday at 3:22 PM

I remember when there was a McDonalds inside of Harlem Hospital   and Malcolm’s blood was practically strutting into the afterlife  slow down  I love  you    and who else remembers the killing taste like cravings set forth by the victim himself    who else   comprehends will  that well
Posted by Harmony Holiday at 3:59 AM

Posted by Harmony Holiday at 5:47 AM

There are no militias in her will to tell


Posted by Harmony Holiday at 1:18 AM

Posted by Harmony Holiday at 2:34 PM

The first time I heard the word Africa and knew it loved us    was struggling to reach us and love us,    would exploit every tragedy  in the business to reveal its trouble/joy    we were in that battered women's shelter in blueblack Iowa  rural hush to the authority of our curses   me and mama and her nine months' belly pretending the elevator was our flight to California, hearing the slanted beat of a tambourine between floors and cots and wounded bodies, redemption chore choir  in the water with the lights  shy flickering in the hide-and-seek mannerisms of refugees, hiding from who we longed for. For a lifetime. And the one ally we made in our shelter, Mr. Williams, round and brown and longed for, would close his eyes in the middle of a story about our impending Hollywood freedom/I'm waiting, he would drift off to his standing sleep before giving away the meaning. African Sleeping Sickness, he called it. Where was that. Why was the sickness theirs and so far away. Why was he the best at solving our case, in his sleep. Break down the grace of luck. Where was his gun,  I wondered. Where was his agony to match. How did he plan to fight it. Was he anything like us, runner. Like me and my father and my future. What was he doing to keep from living   this other man's dream. Our first and most modern Sisyphus, redeemer, redentor, casual healer, recalled in the field of my perfect nightmare on earth, you mean, I could have just slept through all this, could just turn the suffering into the dream, live happily ever after in California?
Posted by Harmony Holiday at 4:08 AM

The (un)raveling of vindictive dreams

Posted by Harmony Holiday at 3:39 AM

See how nature can expose a nigga

In any case my body makes the sentences. Now I'll never know which bruises you gave me and which ones I made myself, running through our melted rehab looking for green grapes. Leaping into limp air to soar past the famous graves. Is salvation that laugh you hear coming closer when Alice Coltrane plays Mantra for John. He beat her to it. That was rude and chivalrous. Those were horses and fists in his eyes and remorse and a child, goodbye. This is a world full of sociopaths and when you change, liar. This world is only love but most men love backwards. Did he beat me, too? I want to ask my mother. Am I lovable. Am I part of the tribe, screamer. I don't remember any pain. How do we get any closer unless we cause one another pain? I don't remember
Posted by Harmony Holiday at 4:20 AM

Bel and the Dragon

Posted by Harmony Holiday at 10:06 PM

Posted by Harmony Holiday at 10:06 PM

There is this ambivalence that I must deal with

How do I deal with it— how?

Originally a dancer    are you certain they're talking about the same Butterfly McQueen   Gone with the Wind    Gone      leaving      get out!    And where were her own children    who was watching them   while the trauma of fences     and Scarlett O'Hara is my mother's favorite  heroine   and    she's rolling down a spiral staircase   right  when the police come     We know our father's push them but sometimes  we wonder if it was us      if we're  in cahoots with every oppressor   on every side   because I am that powerful      that ruthless   that abiding      that ambivalent

Posted by Harmony Holiday at 5:14 AM

Posted by Harmony Holiday at 6:58 PM

Most of you niggas can't choke a chicken

Posted by Harmony Holiday at 4:07 AM

Posted by Harmony Holiday at 2:59 AM

They've been dubbed the Holy Outlaws, the three black female teenagers chased into a night/river by police officers in St. Petersburg, Florida and left there to drown on the thirty first day of March in the year 2016 AD.  Dominique Battle, 16, and 15-year-olds Ashaunti Butler and LaNiya Miller. Beyoncé is alive at the Met Gala without her so what husband, she's painted the black eyes on, in the tradition. I no longer fear anything, the Syrian girlchild asserts as U.S. backed snipers gun her mother down. They might have been joyriding in a stolen vehicle the golden tone of your stolen peninsula. Thief who stole their sad days not knowing that everyone who dies is suicidal. Even in the movies, don't you see. Don't you paint any blackness for me/neat.
Posted by Harmony Holiday at 3:07 AM 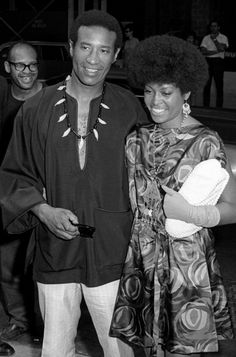 Posted by Harmony Holiday at 3:54 AM