No man is an island


Posted by Harmony Holiday at 1:23 AM

And I don't care who knows it

Posted by Harmony Holiday at 3:49 AM

That night they blindfolded King of Harlem

Consider this. If there was no ignorance, there would be no lies

Consider this, if there was no sin there would be no innocence

And since they didn't understand what it meant to die, they saw this as honest rising up


Posted by Harmony Holiday at 3:10 AM


Posted by Harmony Holiday at 2:51 AM

How long he been up there?

How long he been up there?


Posted by Harmony Holiday at 2:45 AM


Posted by Harmony Holiday at 3:30 AM

I love this movie

And it's still thrilling to me to see... that we don't fake it

The blessing of expressing oneself, you know

Because almost everyone wants to be funny

Almost everyone wants to be dramatic

Almost everyone wants to be, better than everyone else...

It's an incredible movie


Posted by Harmony Holiday at 4:32 AM

I saw a man pushing the horizon

I saw a man pursuing the horizon;
Round and round they sped.
I was disturbed at this;
I accosted the man.
"It is futile," I said,
"You can never-"


Posted by Harmony Holiday at 3:07 AM

How to Make Your ESP Work for You

Some Notes
In this ongoing saga of disclosure
What is DMT?
Where does it come from, how do you make your own? From inside your body? Who fixed the eye of Horus? Fixed it for what? Protect your neck with it. Add it to
Chicken bone jade
Mutton Fat Jade
General sheep, throw them shade and they follow it into the light like need it fights for itself as desire first—
Do thoughts work that way?
Have you decalcified your Pineal Gland today?
Whatchu been eatin on?
The Jade Books in Heaven
African Bicycle Jade
Is it trite to worship your wheels this way, grasp the golden emblems while
Most of your race is spinning snakes around their DNA the color of no fear is Raven
Jade, stable focal point of the Benben stone and Virgil's Fourth Ecologue played back in a secondary sound that is bounced back into the face of the first sound with such umambiguous purity it was like love but lucky it had no name to run from or stumble into while hunting the Benu birds, while folding itself upwards from the heart like a howl or a cradle, the will told on itself and was released to utter doing, which is song
What is jazz music?
What is the goal of an ensemble?
We grow very calm and explosive
We're sober and loaded
We're the hope you register as dread
We're black and white and red allover
We're never petty
We're the prettiest
We're big in Japan
Huge, gigantic, invisible


Posted by Harmony Holiday at 2:15 AM

(1) Because you're God's favorite, you are God, and you're the monsters too, you're the mysteries and the fawn's deep softness, impressions on the wavering dawn, and you're his mistress, mostly, his hidden places, Rhinoceros, Rhinoceros. Remember Rhino Records from back in the day? Love that place. And he loves the way I love that place. He copes with my every exuberance like a discharged soldier sitting stoic at the dingy bar as it floods with the light of sunset, low lights and gin or medicine having sold his gender to the machine, he now feels every liquid etching through him from the plenty cup as it restores his blood to earth and thrashing. That's enough about him.

(2) I have this short film in mind, or maybe it's a story called, It Wasn't Me; or It Wasn't Me Either. It's about a white girl who runs away from home and decides to become a prostitute. But she decides to become a black prostitute. She dresses as a black woman night and day and all of her clients are so happy and fooled and she learns what it feels like to be called beautiful and not believe it or be called that pretty nigger girl as he unbuckles his belt. What fantasies they share! Her only ambivalence is when she falls for it herself, down on her knees and she can't remember the hidden edge of her own skin and where it all begins is in the memory which is of the future too. She's out to cure something, some bolted window in her spirit is puckering toward spring with the lazy poise of spinning vinyl on one of the futuristic machines that reminds her of a rhinoceros. She gets closer and closer. She holds the speaker at her heart like a pledge every time. And then one night her father, her ivory white father, pulls up to her in his Benz, and he doesn't recognize her as he says hey baby, c'mon in and show me... he stutters a little candid arousal, get in and show me what you got
Posted by Harmony Holiday at 1:45 AM

Sundays at the Good Life 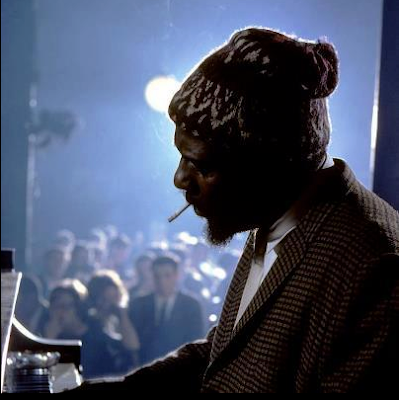 America: it's the only place in the world where people are able to honor their gods and mock their gods at the same time.  And we are all of us filled with an invincible audacity.
Posted by Harmony Holiday at 12:18 PM

Scenario for a new black hero


Posted by Harmony Holiday at 8:26 PM


Posted by Harmony Holiday at 5:18 PM

A place of rage and friendship

A man in what he says, regulates the haze of flaming torches, he sees

Posted by Harmony Holiday at 3:15 AM

One for the Emerald Formula

You realize you're at all stages at once, that everything is symbolic, it all slams together like cymbals swallowing the air. Some seduction. The best and the clumsiest. Kisses the metal fold of itself in ignorant merriment.  I meant the rare, the Ra/the area knot, rock top/\mounted and calling your own name into the canyon to tell you, you love you--- now do you follow or do you lead and whatnot? And what not to believe is what to feel—they be telling one another secrets, the symbols for mules and horses and us riders be picking up on it and trying to play dumb alongside some chump companion/symbol for country-of-forms in a nation of formulas: lust and luck and lust and luck. Now have you ever seen a voice walking? And this particular god, he improvises on what you'll say . What are you saying?  Make it plain and unknowable like your mother's first love. The sensation of it tucked in your DNA like a promise or a doubt or both: victory. The quietest place in the universe is in the middle of the war when you really go for it again, and sing, really sing, the inverse battle hymn jubilee you bled my momma, you bled my papa, won't bleed me! and finally truly begin picturing everyone you meet like a golden million dollar baby, especially the way we paw at the air waiting for love to trust us just enough to abandon us and return as someone we hardly recognize walking out of the fog like some kinda negro cobra 8-belled Ulysses and holding you in the high note
Posted by Harmony Holiday at 1:48 AM

I mean, what was it like to get together yesterday?

Pure land in the statue as mute the testimony

How what unites in spite dissipates in spirit

How you need to not just leave it to Sensei

It was intense to stay/

black  or even this tender gold

symphony of electricity that somehow translates into your idea of me

Were we at sermon?

A lot of people bargain with god 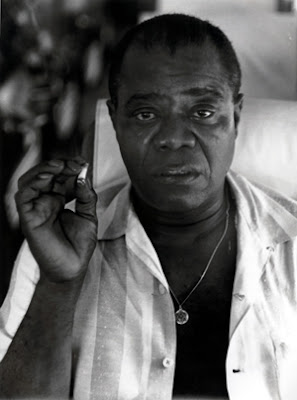 Posted by Harmony Holiday at 1:09 PM

Things we do for love

Posted by Harmony Holiday at 4:22 AM

Posted by Harmony Holiday at 6:42 AM

Labels: Beyond good and evil 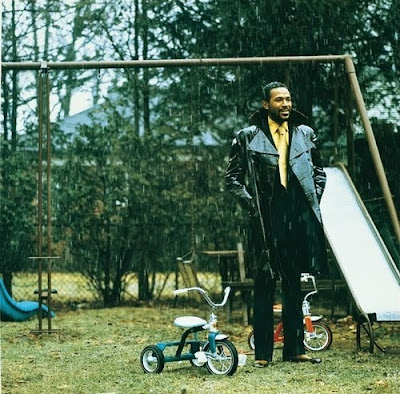 Posted by Harmony Holiday at 9:29 AM

13 Ways of Being Your Immortality (4)

Did you see him? That black guy running backwards in the rain?  A suspect? An aspect. 360 Respect/Spectator. Massa gave him a raise, massa gave him a race, so he ran, get it? Shouting, Get your Africa tickets! all the way til he hit the Claustrum. They don't know what's in there. Suspecting it's the punk clouds that recede just when you need your clarity smothered.  They don't tear the memory apart, do they, looking for THC and whiteness or the blues gene? Isn't it outrageous, to understand both ways, but to perceive the world as a coherent thing where running is the same hunt in both directions, anyways? Acceptance feels like the real interrogation sometimes. The ghetto is not a mistake, he wants to blurt out. I have an urge to make promises early in the morning, mostly to him. To him for whom the race card is a king of hearts withering in his pocket next to a grip of lavender and a wedding ring he just quit wearing one day when he went outside to run backwards in the rain. What's left in wu-tang's bag-a-items? Start from scratch, then learn how to mix, we all have to be djs this round, to make this same ol' sound new. We need to prove our nouns are verbs and athletes. And who is Jim Crow disguised as these days? I wanna show that motherfucker how to feel the beat so well it disappears into one of these morning we're gonna rise up singing

Posted by Harmony Holiday at 4:54 AM