We are also mercenaries

Posted by Harmony Holiday at 1:35 PM

What kind of knowledge will be possible ?

When the impostors woke up  nodding with authenticity

Posted by Harmony Holiday at 4:10 AM

The democratization of intimacy

Posted by Harmony Holiday at 3:24 PM

Posted by Harmony Holiday at 2:30 PM

The house of the damsel


In the script  they have me waiting  at the top of the staircase  in a red dress   that is some days,   green


Posted by Harmony Holiday at 2:16 AM

Posted by Harmony Holiday at 1:50 AM 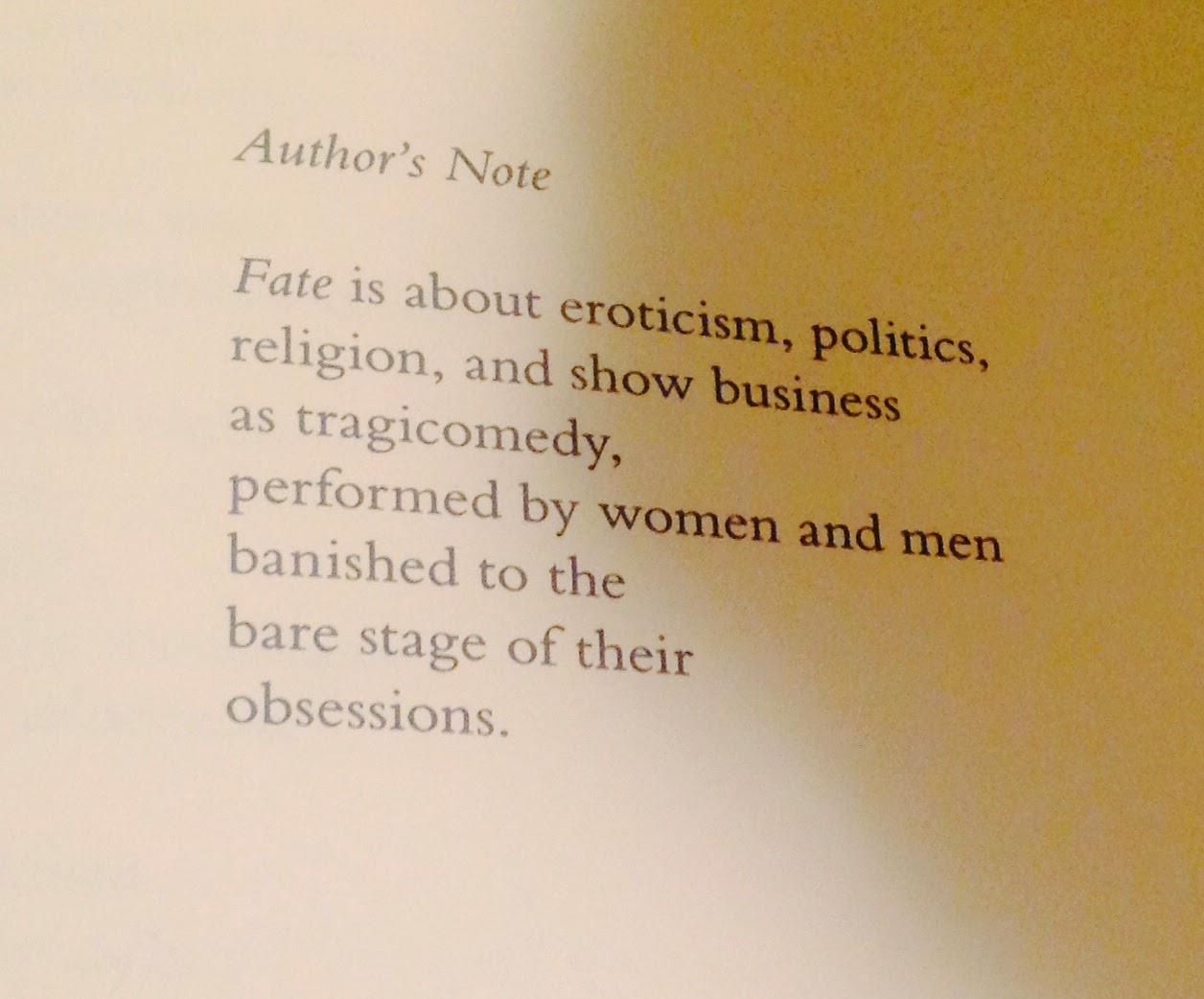 Posted by Harmony Holiday at 2:57 AM

The point is   what about the Invisible Woman    his perfect compliment    where is Ellison's     finally treatise  in honor   of her.   What  is  she like.  The fierce  one   fiercer  still with  every triumph  with every   defeat    even  her defeats   make you feel triumphant   or effete    look that up   again to make sure  too refined   by  your  morals   to rage   and bless  and be under siege  and running free like her       who is  she    what is the thing that is most important   to her      and how does  she rile it into  joy and grievances   alternately   how does she use self-awareness to avoid  herself.

I'm dealing with the myth that I'm an angel
Posted by Harmony Holiday at 3:28 AM

Posted by Harmony Holiday at 11:57 PM

The disorientation of sweet violence (again)

recurrence   otherwise I'd   watch him  burn   jive  the oracular  rains  back to shore   and   treat  the brief epic  like a  glaring alternative  you wish you didn't require    you cannot  live   without.

Posted by Harmony Holiday at 2:59 AM

Posted by Harmony Holiday at 2:00 AM 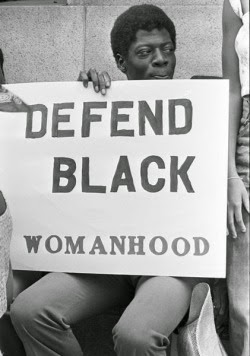 Posted by Harmony Holiday at 2:43 AM

I work best as a fetish

He was sharp enough to take things off records

Posted by Harmony Holiday at 1:58 AM

Posted by Harmony Holiday at 4:31 AM

Wake up craving terror and Buckminster Fuller  is there on a trapeze and rapture as majestic as torture was  yesterday,  as   yearning   as    one   love    one  lo  ove    Marley  singing  while his skin   betrays him   his sun betrays,  his many women stay, which is betrayal  for what he is capable  of  is too obscenely  just   to be human or imminent      two  pieces of one :     what of it   he mutters like an apparition     disappears walking and clapping  into the spotlight's past black gimmick glowing with absence and merchandise.   He was practically sauntering   whisking the spell into song  and some sublime  apathy        as the searing  fix of babble  becomes the one  valve  of clarity  do   we  fear  ourselves becoming  whole.   If only we  were all a little crazier  more soul    just to enough to say what we aren't thinking    how lonely it is to overcome  ourselves   and the choreographed oppression    mellower   and more comfortable  some days    I'm tired  of the resin   in every great black preacher's voice,  the perfect  sanctimony  of manhood is better    pimps   are better   than holy men     at convincing    me  of anything   worth risking the illusion of duality  against     but you'd be surprised  how many of them  pump  the resin   at  daybreak
Posted by Harmony Holiday at 9:27 AM

Posted by Harmony Holiday at 5:41 AM

Posted by Harmony Holiday at 8:54 PM

Wanted :    high yellow black  man  who   hangs like a red bone  , not as in nooses  as  in pleasure  dome blues fetish/ muse / whatever  / well spoken in both protestant ethic English and  vernacular    knows when to use nigga when to use blood and when it's appropriate call his enemy  brother in the most sincere masochism this is a stick up back up must black up like cousins on rubber bullet crutches after strutting down the tuck-me-in blvd of fatherlessness    which is no longer an excuse and also impossible (repeat)          Must baffle with poise and know only how to feign dejection, never truly experience it     turn it into delirium  and ecstatic austerity.  Please, we are orphans, stand on the turnpike with your bullhorn and tell us we're born again, of kings  and queens and how can it be that we've allowed ourselves to be ruled by the barbaric cruelty of these cowards,  how can it be  that our would be leader strides a borrowed bridge looking for his soul in an eclipse of token disciples who don't know how or what to call themselves.  How can it  be  that we swell with fury  until our hearts are mythic  and elsewhere     I woke up from the comfort of my nightmare  to find a parody of wobbly gates   we could swing from  like a phase out of Atlantis   under  the demands  of our near extinction   I found  a banner of gates  that we can swing from  like flags    and brag and reminisce about when we had it like that    those virile high yellows  and the good luck microphones   and the crowds  and the  titles for groups who would stay a while   SNCC, Black Muslim, Panther,  someone  to name  the spectacle, a man,  a proud danger.  And America resents our new imagination, it is all wrong, too specific.  The freedom to love gets too close to the freedom to kill and they call the products of this: niggas / still / and we reproduce and cuddle with our mirrors looking for pointy things, and we become a city of gold crowns bobbing on the ocean surface hoping, just wishing you would come after us and trouble the mask/

what trauma, what glorious trauma, an act of perfect war, to love that man, that shallow leader, to love my country, to love myself again       invisible   like a proper soldier / property  / slave  -   low   in the cotton  playing a rotten   cello / pose /  for me /   baby, look at my shadow    papa  is no hardworking  martyr    in their grove
Posted by Harmony Holiday at 7:01 AM

Posted by Harmony Holiday at 9:35 AM

As if we are the runners again

You can skip this ad in 15 seconds

baffled excuses for the  duty free  future     and truisms  like

I don't want to see another black man die

fly down the isle   in   poker  white
Posted by Harmony Holiday at 7:08 AM

Posted by Harmony Holiday at 7:45 AM 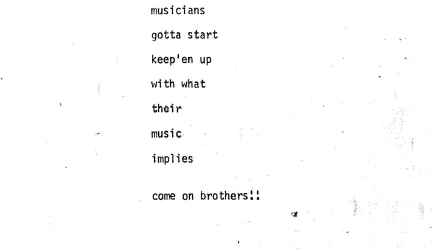 Posted by Harmony Holiday at 4:10 AM

Posted by Harmony Holiday at 2:23 AM

Three Essays on a Theory of Bill Cosby

I had it all figured out, how in a country where the black man feels like he has no power, landless, oppressed in every direction, what better way to alleviate the strain of it than by oppressing women. And  then I thought, like Sterling Brown said, the strong men keep coming on. And I thought, love and respect are signs of that strength, no strong  man   would buckle   under   the pressure of his righteousness   let his mind slip  into the scarce  place   and a tight noose around     the eyes of idols   reads   loyal  in cursive   in   roots       And then I realized     could all evil  be some trite  form of helplessness   probably  not        but a hero    could  be evil and heroic   at the same  time     probably  not      but a   woman   can  be quiet   for almost a whole lifetime   but speak once      and crush your world

I had this dream  that   me and O  were in a pick up truck after a dinner in Malibu  and I decided  to give him road  head on the way home.  But while I was distracted     he turned the car  on   in reverse   and drove  us   of a cliff   on purpose.  A paradise of innuendoes as we sloped  into  wings.  It's not that we survived it's that there  is  no victim     and     there is no one   to blame  for what we've overcome


Posted by Harmony Holiday at 5:50 AM